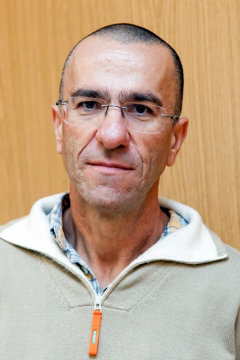 Francisco de Sande is an Associate Professor and a senior researcher at the Computer Science Dept. at La Laguna University (ULL).

He holds a Bachelor of Physics from U. Complutense of Madrid (1987). At La Laguna University he developed his doctoral Thesis obtaining his PhD degree in Computer Science (1998).

In 1990 he joined the Parallel Computing Group at ULL, first as an Assistant Professor and since 2002 as an Associate Professor. Since 2005 he is the responsible of the Computing Research Support Service at ULL. For almost two decades his research work has been focused in High Performance Computing and his current research interests specifically include: directive-based approach to GPGPU, the design and implementation of HPC languages, libraries and programming skeletons, and the parallelization of scientific applications.